The Illinois Appellate Court and the Right to Independent Counsel 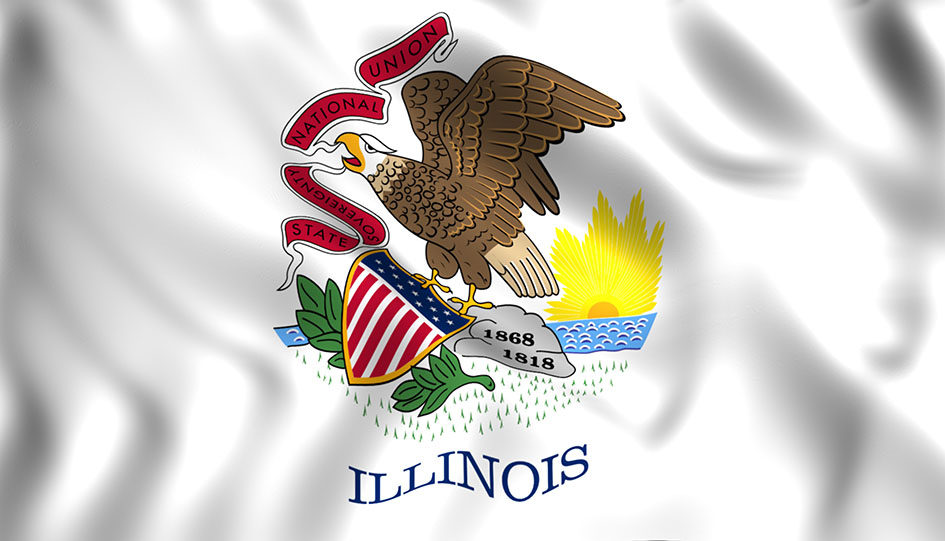 While the Illinois COVID-19 stay-at-home order continues to keep everyone at home, the First District of the Illinois Appellate Court has been busy. The Court issued two decisions concerning the right to independent counsel and when there may be a conflict between an insurer and an insured in the defense of an underlying action.

In the first, Joseph T. Ryerson & Son, Inc. v. Travelers Indemnity Co. of America, 2020 IL App (1st) 182491, issued on April 7, 2020, the court addressed issues raised by the Seventh Circuit’s decision in R. C. Wegman Construction Co. v. Admiral Ins. Co., 629 F.3d 724, 730, rehearing denied, 634 F.3d 371 (7th Cir. 2011), in which the court found that the insurer had a duty to advise its insured of a conflict of interest when there was a “non-trivial probability” of an excess judgment. The court in Wegman found that a conflict arose when the insurer “learned that an excess judgment (and therefore a settlement in excess of its policy limits, as judgment prospects guide settlement) was a nontrivial probability” in the suit. The court in Wegman went on to hold that if the insurer had advised the insured of that conflict and the insured had then retained its own counsel, the insurer could not have interfered with that relationship. In denying rehearing, the court in Wegman held that the conflict of interest “entitled [the insured] to obtain its own attorney to represent its interests.”At least two federal district court decisions had interpreted Wegman to require that in such a circumstance, the insurer must agree to provide independent counsel for the insured and cede control of the defense. DePasquale Steel Erectors, Inc. v. Gemini Ins. Co., 249 F.Supp.3d 389, 903 (N.D. Ill. 2017); Perma-Pipe, Inc. v. Liberty Surplus Ins. Corp., 38 F.Supp.3d 890, 895 (N.D. Ill. 2014) (holding that potential for excess verdict created conflict and insurer breached its contract by failing to pay for independent counsel of insured’s choosing.)

In Ryerson, the court considered a case in which an insurer had defended the insured, a trucking company, in a case in which one of the insured’s trucks had been in a collision with an auto. The insurer had a $2 million policy limit and another insurer had an excess policy with limits of $25 million. The trial of the case resulted in a jury verdict of $27,672,152. Following the verdict, there were disputes between the primary carrier, the excess carrier and the insured about the control of the defense on appeal, the posting of an appeals bond and whether the insured was entitled to independent counsel of its choice. The insured lost the appeal and then sued the primary carrier, alleging, among other things, that the insurer breached its duty to defend by not agreeing to pay for counsel of the insured’s choice in view of the excess verdict, relying on the Perma-Pipe decision.

In dealing with the insured’s argument, the court noted that the insurer’s duty to defend ordinarily includes the right to control the defend, which allows insurer to protect their financial interests in the outcome of the litigation. There is a “limited exception” to this rule where there is a conflict of interest between the insurer and the insured. In that case, the insured is entitled to assume control of the defense and the insurer satisfies its duty to defend by reimbursing the insured for counsel of its choices. The court noted two situations where this may occur: where the insurer is obligated to defend multiple insureds which have adverse interests and where proof of certain facts in the underlying action would shift liability from the insurer to the insured. The insured, however, relying on Wegman and Perma-Pipe, maintained that an insurer must provide independent counsel when there is a “nontrivial probability” of an excess judgment.

The court rejected the insured’s argument that Perma-Pipe mandated a finding that there was a conflict of interest in this case. It also found that to the extent that Perma-Pipe stood for the proposition “that a conflict exists when there is a nontrivial probability of an excess judgment in the underlying suit, thereby entitling an insured to retain independent counsel at the insurer’s expense, we do not agree,” explaining:

It is axiomatic that many cases involve a “nontrivial probability of a judgment in excess of the applicable policy limits that the insured could be personally responsible to pay….However, this fact alone does not trigger a conflict of interest entitling the insured to hire an independent defense attorney paid for by the insurer. [Citation omitted.] Although it is appropriate and proper to inform the insured of the possibility of an excess judgment and to advise the insured to consult independent counsel regarding excess liability, it would not be at the insurer’s expense.

While the court in Ryerson found that exposure to an excess judgment does not create a right to independent counsel, the court in Xtreme Protection Services, LLC v. Steadfast Ins. Co., 2019 IL App (1st) 181501, found that an insurer’s decision to reserve the right to deny coverage for punitive damages did create a right to independent counsel, at least where there was a likelihood of a substantial punitive damage award.  In Xtreme, the underlying plaintiff sued the insured alleging intentional infliction of emotional distress because an agent of the insured had placed listening devices in the plaintiff’s office, attached GPS devices to his vehicles and sent threatening or harassing text messages. In addition to the intentional infliction count, the plaintiff alleged claims of electronic eavesdropping, surveillance and sending threatening or harassing text messages, federal wiretapping, eavesdropping, intrusion upon seclusion and trespass. The complaint sought compensatory damages for each count ranging from nominal actual damages to not less than $120,000, and punitive damages of $1 million. The insurer eventually withdrew its reservation of rights with respect to coverage of the compensatory damage claims but maintained its reservation with respect to punitive damages. The insured demanded that the insurer agree to pay for its choice of counsel, but the insurer refused. The insured then brought an action seeking a declaration that the insurer was obligated to pay for independent counsel of its choice.

As in Ryerson, the court in Xtreme acknowledged that the duty to defend typically also involves the right to control the defense, but that when a conflict exists, the insured has the right to control the defense and choose counsel. To determine whether a conflict exists, a court will “compare the allegations in the complaint to the policy and consider whether the insurer’s interests would be furthered by providing a less-than-vigorous defense to those allegations.” The court noted that Illinois courts had found a conflict when “the facts in the underlying case would allow the insurer-retained counsel to ‘lay the groundwork’ for a subsequent denial of coverage.” It went on, however, to find that a conflict “can also exist if the underlying suit seeks, in addition to compensatory damages, punitive damages based on intentional or reckless conduct whether the insurer’s policy explicitly denies coverage for such conduct.  In such cases, it is in the interest of the insured to be found negligent because the resulting damages would be covered by the policy, but it is in the insurer’s interests to have a finding that the insured acted intentionally or with malice.”

The underlying complaint alleged that the insured’s employee had placed listening devices in the plaintiff’s office, attached GPS devices to his vehicles and sent threatening or harassing text messages and the insurer’s policy excluded coverage for “intentional, criminal, fraudulent, malicious or dishonest acts.” The insurer argued, however, that there was no conflict because it explicitly waived its right to deny coverage for compensatory damages related to those acts.  The court found, though, that the insurer’s waiver “may have resolved one type of conflict, [but its] continuing reservation of its right to deny coverage for punitive damages presents another area of conflict.”

It is hard to see the difference between the risks faced by the insured in Ryerson, where the excess verdict was more than $25 million on top of the $2 million policy limits, and the risks faced in Xtreme, where the claim for punitive damages was about $3 million greater than the $1 million policy limit or $3.2 million more than the alleged compensatory damages. In both cases, the insured’s risk of substantial excess exposure.  And in both cases, the insurers have every reason to defend their insured’s conduct to avoid paying anything or to attempt to settle to minimize the damages paid by either the insurer or the insured.  Once the insurer in Xtreme agreed to pay for damages caused by intentional misconduct, it had every incentive to defend that misconduct.  The court’s position that the insurer had an incentive to provide a less-than-vigorous defense to the additional evidence needed to support a punitive damages claim fails to account for the fact most trial lawyers and claims professionals know: if a jury is sufficiently angry with a defendant to award punitive damages, its award for compensatory damages is also likely to be substantially higher. Therefore, the insurer has every incentive to vigorously defend the entire case.

The Ryerson decision is clearly helpful to insurers. It clarifies any confusion that may have arisen due to the Wegman decision by making it clear that an insured is not entitled to independent counsel merely because there is a probability of an excess verdict, although the insurer should certainly be sure that the insured is aware of that potential and advised to consult their own counsel concerning that exposure.  Xtreme, on the other hand, continues the rule from Nandorf that where the insurer disclaims coverage for punitive damages, and the claim for punitive damages is substantial compared to the compensatory claim, the insurer must pay for the insured’s choice of counsel.